There are considerable pain points when it comes to technical onboarding, but the most important ones are that there are several external dev tools that need to be introduced to the new developer with documentation spread out across a wide range of environments. You have to introduce codebase, documentation such as server architecture, API-docs, softwares setup, and even debugging (..) and since most of this is done manually it’s messy.

Moreover, it's a pain to divide stakeholder responsibilities. There are about 5–10 different stakeholders involved in technical onboarding. A notion page, jira ticket, clickup task or an excel sheet doesn't let you know when it's the next stakeholder’s turn nor does it even measure how much of the information the new developer has accumulated. It's a very analog way of operation in an era of automation.

These pain points are, by all means, even greater when you’re onboarding several new developers at the same time or scaling a business at a fast speed. You have to keep track of everyone's progress, being the main link between all stakeholders involved, and also make sure that the new developer gets a culture good start at the new company.

We are solving several pain points for responsible onboarding stakeholders so that they can get organised, automate the process and get developers launch-ready faster — We built a programming test layer that is automatically analysed and performance metrics ranging from language mastery to code design, readability or solidity produced, hence the stakeholders are constantly provided with feedback on how much information has actually been understood during the critical stage of technical onboarding.

Silo Team gives advice on what in the onboarding process worked, what did not work and what could be improved for the next developer joining the team, thus constantly improving the journey. 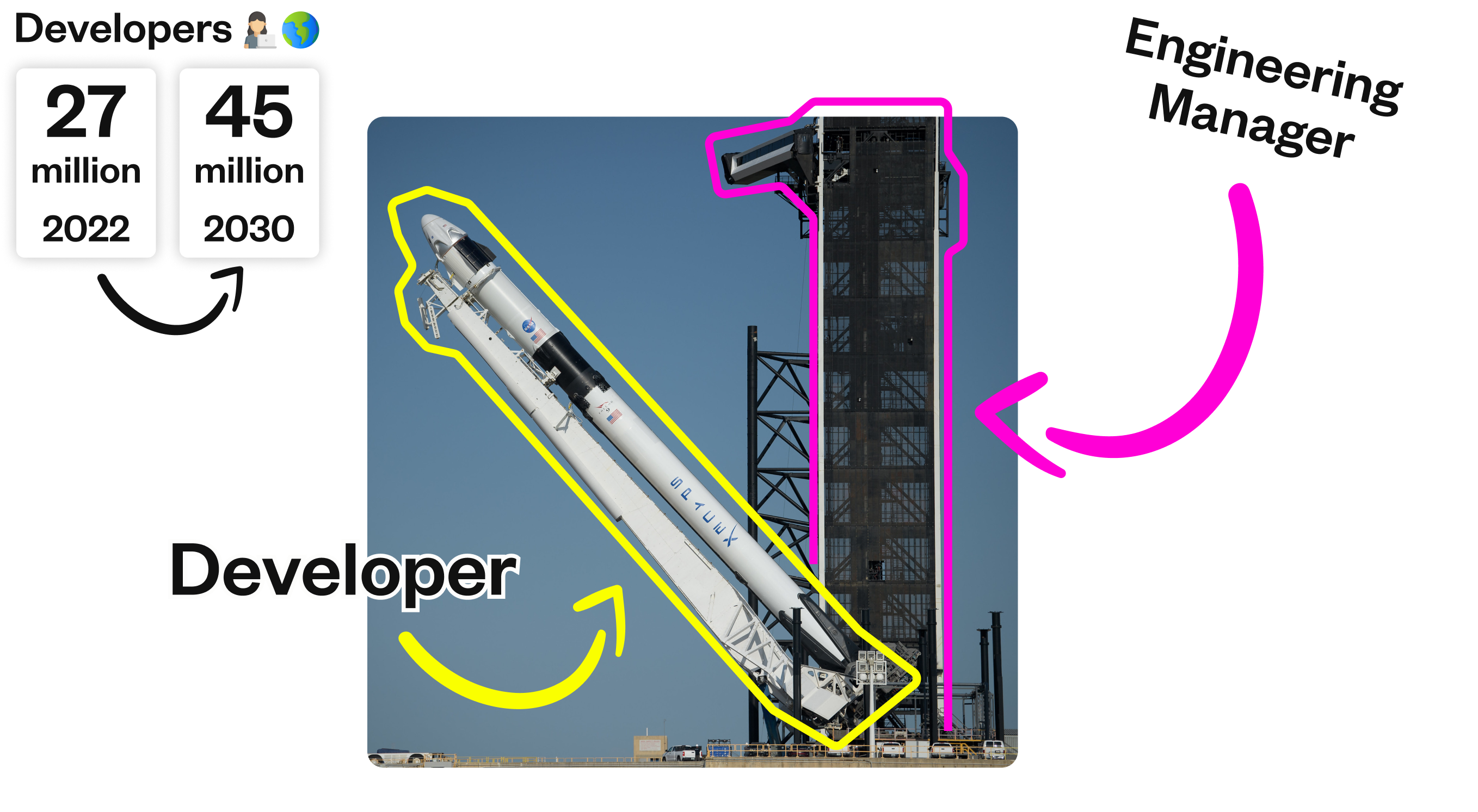 Silo Team is developing an onboarding and retention platform to help tech teams onboard developers faster and retain top talent with automation.

Get started with industry and community-generated best practice onboarding templates.

71% of responsible onboarding stakeholders conduct the majority of the onboarding manually. 😱

65% thinks that their organizations do a bad job onboarding new developers because of poor onboarding tools and a lack of automation.

Engineering Managers are responsible for getting developers launch ready 🚀

30 hours of productivity are lost because of bad onboarding in the first month alone. 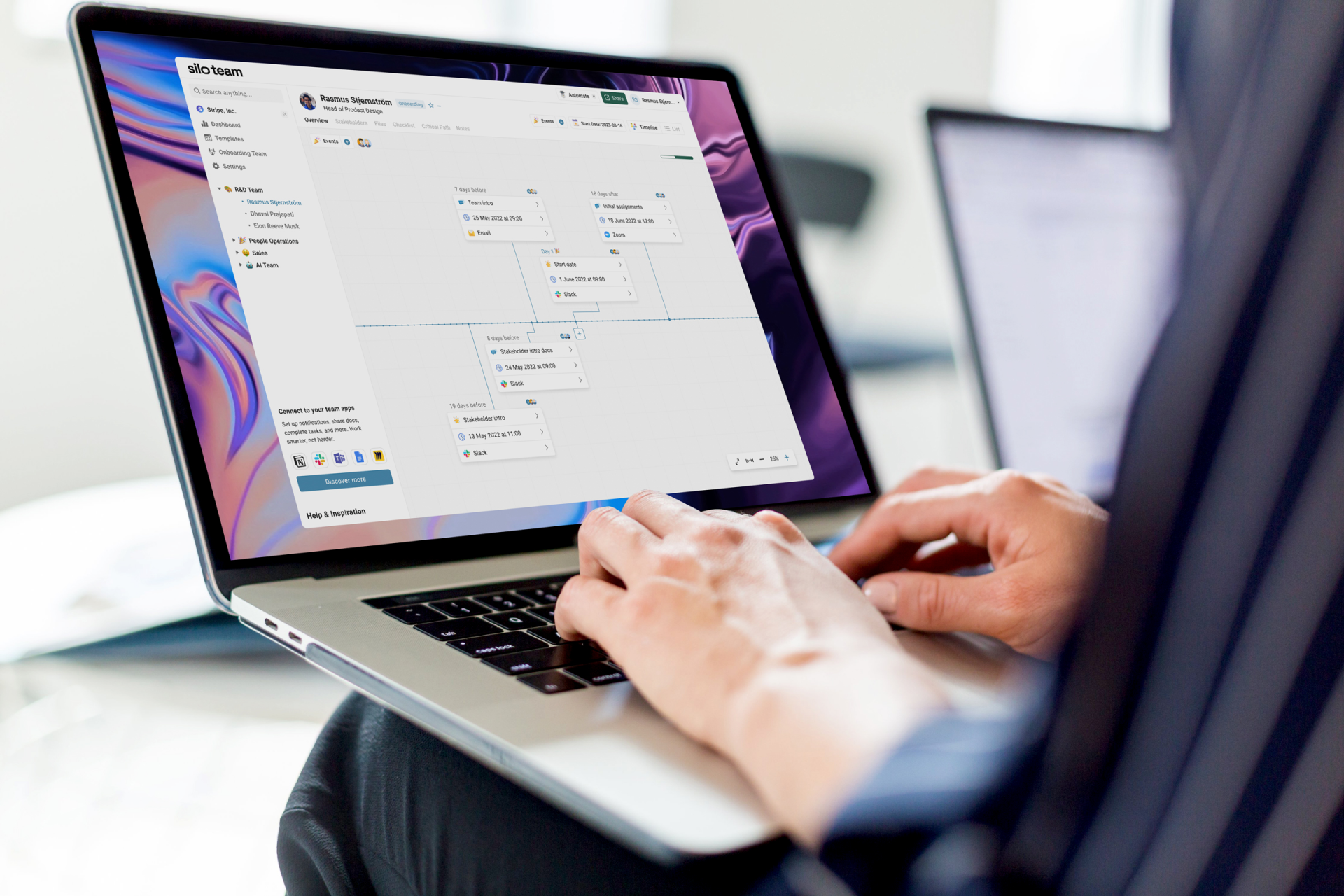 What was the inspiration behind Silo Team?

The team behind Silo Team has firsthand experience of the pain points during hiring and integration. After taking part in shaping the engineering and product design function from small to very large teams a few times, with talented individuals spread out across the world, we experienced firsthand how onboarding could fall apart.

This was attributed to the employment of poor onboarding tools and methods that resulted in disappointed new hires and frustrated onboarding stakeholders. One day we had enough and told ourselves that there must be a better way to do this.

We strongly believe that if engineering teams are able to work together and solve current inefficiencies in the onboarding and hiring workflow, there is an incredible opportunity to unlock talent. If these pain points are met, it will not only lead to increased retention and faster launching but also more innovation.

As the recent economic downturn has pushed businesses globally to streamline their workforce, including engineering teams, there has never been a better time to retain top talent, and developers are arguably businesses’ most important assets ― so why are we giving them a poor onboarding experience?

We are therefore on a mission to reinvent the way engineering managers and tech leads onboard developers, by building the world's easiest onboarding tool for tech teams.

CrunchBaseData room? ✉️ Get in touch
We are on a mission to bring teams closer together
12%
of employees think their employer does a great job of onboarding new employees
Gallup
51%
of employees say they’d go “above and beyond” if they were given a good induction and onboarding
Hays
22%
of companies do not have a formal onboarding process
Harvard Business Review
70%
increase in productivity if a well-structured onboarding program is in place
Quale
Companies with great onboarding programs see 2.5% more revenue growth and 1.9% of the profit margin as against companies with poor onboarding processes. The former also leads to higher productivity levels and faster knowledge acquisition rates.
Integrations for your workflow
© 2022 Stair Path AB (org.nr: 559393-4887) 🇸🇪, and Silo Team Limited 🇬🇧 (registered at Companies House under the number 13826027). Trademark UK00003753665.